I awoke with a spring in my step, bounded down to breakfast at the hotel, and was rewarded with a plateful of eggs, bacon and sausages as well as the usual continental fayre.  Appetite sated, I made my way over to the swimming pool that I went to soon after I arrived yesterday.

It’s a municipal pool that the hotel gives you free entry for, but it’s brand new and the facilities are fantastic.  There’s two kids pools and a full sized swimming pool, but it’s the outdoor pool that’s the real attraction.  It’s lovely and warm, there are jacuzzi sections within the pool itself, pressure jets to massage your neck and shoulders….. oh, and there’s this view : 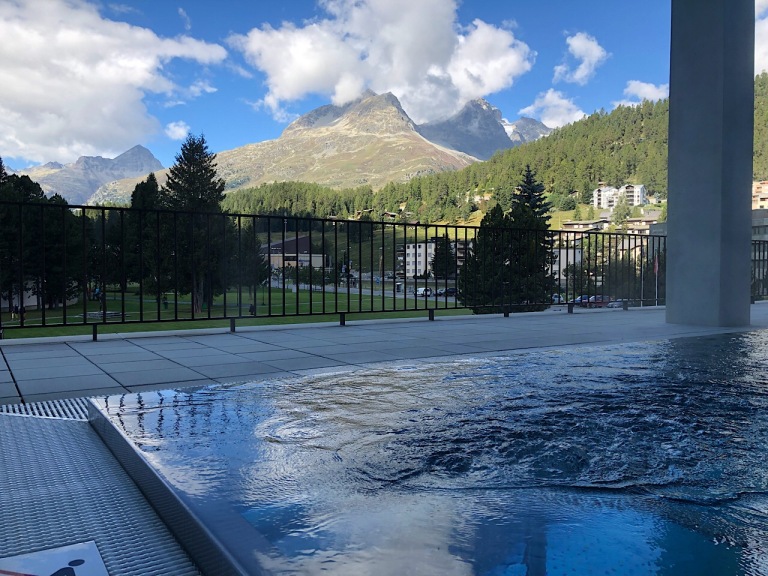 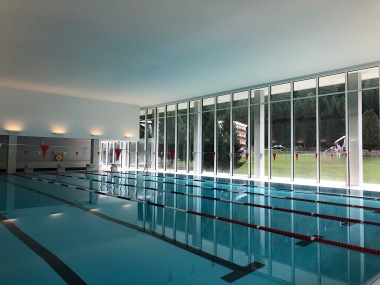 After such an incredibly relaxing start to the morning, it was time for something more energetic.  You get some great free perks when staying at The Laudinella, free breakfast, free swimming and also an Engandine Card which lets you travel for free on all local buses, trains, cable cars and mountain railways.  So first it was to the cable car from Signalbahn not far from the hotel, up Piz Nair.

I should say I have no hiking gear whatsoever and just a pair of Skechers, but they did me fine on Nietzsche’s path in Èze so I had faith in them now.  Other people alighting the cable car at the top were much better prepared with hiking equipment, mountain bikes, and even dogs!  The sun was shining and the views down to St. Moritz lake and the Silviaplanersee on the other side were wonderful.  I took plenty of photos before descending the trail to St. Moritz Dorf, which took an hour or so. 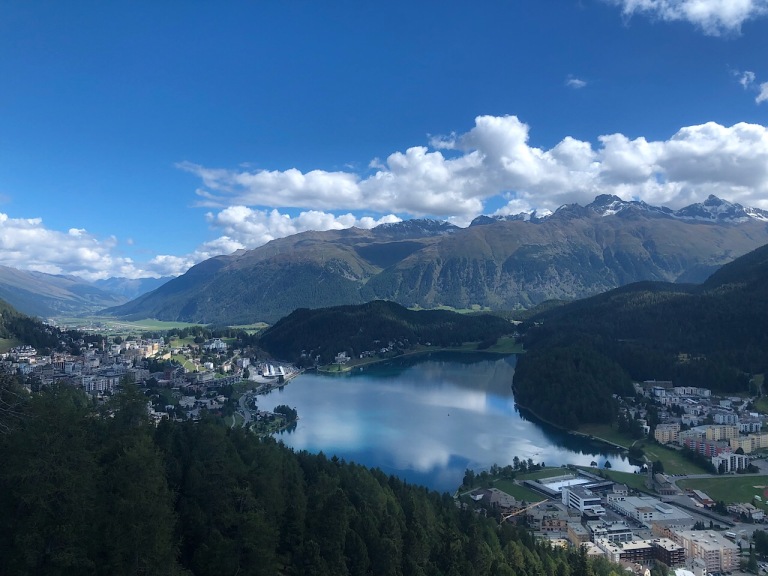 I was full of energy today and no sooner had I arrived in Dorf than I marched straight to the train station to board a train for Punt Muragl, where there’s a funicular railway that takes you up to Muottas Muragl at 2454m above sea level.  At the top there’s a hotel and a restaurant with panoramic views of the valley and mountains.  I got chatting to a lovely older American lady on the way up who gave me some helpful tips about trails in the area.  I decided to take one that would take me around the side of the mountain and end up at Alp Languard, from where there was a chairlift down to Pontresina. 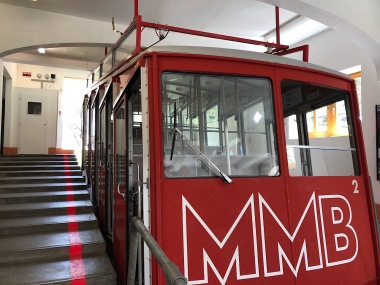 It was such a rewarding hike – some of the route was among lush vegetation, some was rocky and bleak.  There were alpine cows grazing and streams tumbling down the mountain. The views were uniformly spectacular, not least when you arrive at Alp Languard and see the snow-capped summit and glacier of Piz Languard. 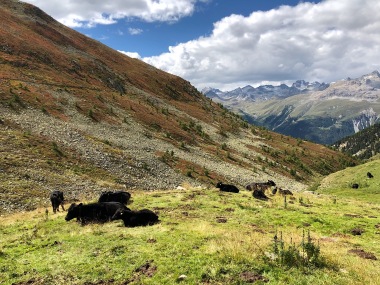 Some of the rockier sections were slightly tricky but the Skechers did their job and I was sitting with a cold beer at the restaurant at Alp Languard a couple of hours after setting off.  After enjoying my drink it was onto a chair lift to take me down to the valley below. This was a new experience for me, slightly disconcerting at first but then very envigorating as the mountain air whipped around my face as we descended to the small town of Pontresina. It seemed pretty enough but probably better seen in the depths of winter or on a very sunny day – it had clouded over since this morning. 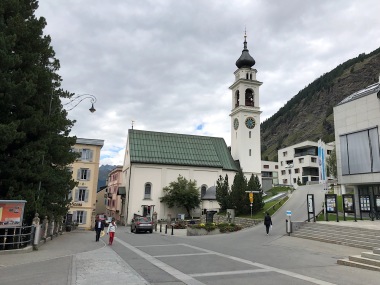 I caught the train back to St. Moritz and the bus back to my hotel, where I relaxed for a little while and then headed back to the amazing pool.  I floated around blissfully in the open air as I watched clouds roll down the mountains before the sun set and the lights went on in the pool.  I could have stayed in there for hours but needed something to eat so headed back to the hotel.

The bar was at least a bit busy this time, but it was a smokers bar and the music choices questionable, so I didn’t linger over my pint and looked at the restaurant menu’s again. I’m still mystified why a pint of beer costs £4.80 which is pretty reasonable, yet a bog standard hotel chicken curry costs £25.  I’m on holiday and happy to push the boat out but this is just a rip-off – once again I went for the take-away pizza option for £10.  I’ll try something a little more gastronomically satisfying in Paris tomorrow.

The food and nightlife of St. Moritz may suck (at least off-season) but the ability to hike among the breathtaking scenery and relax in an amazing pool at the end of the day made it an unforgettable experience.