A last walk past the Mercato Centrale and I was back at Florence SMN station, to catch the 10.45 high speed service to Milan. The train was modern and extremely fast, and by booking well in advance I’d bagged a business class seat for €30. Business class gets you more legroom, wider seats, free drinks and snacks, and a newspaper (the last of which was no use to me as my Italian is limited to “Aperol Spritz per favore”).

Two hours later I alighted in Milan Porta Garibaldi station, and with about an hour and a half until my train to Tirano, I hopped on the Metro to Duomo station.  I’d been to Milan almost twenty years ago but had forgotten how stunning the Duomo was.  I spent a short while wandering around the Piazza in front of it, and the Galleria Vittorio Emanuele II shopping centre to the side, admiring the architecture and the beautiful people.  All too quickly it was time to get the Metro to Milan Centrale station. 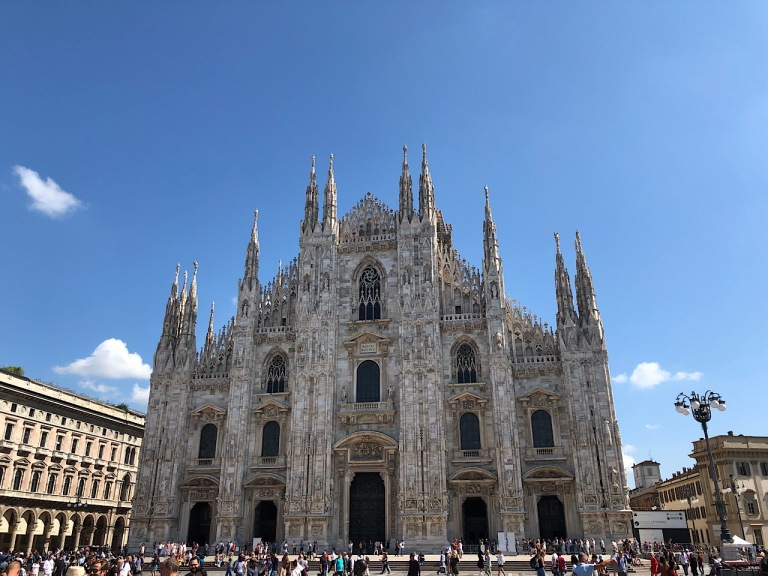 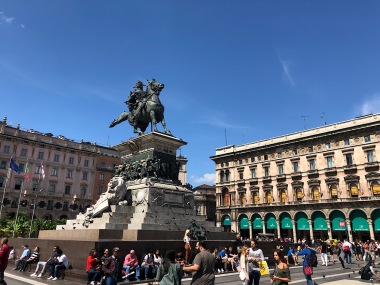 The architecture of Centrale station is impressive as well, a grand facade and high wide halls inside its two floors.  You can’t buy tickets to Tirano in advance so I bought a first class single in the station for £15 (only a few pounds more than standard) and made my way to platform 6 for the waiting train. 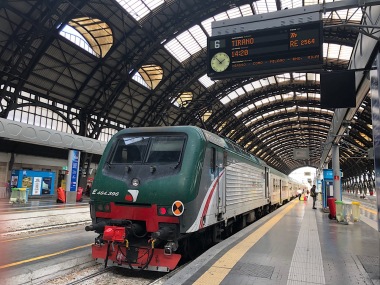 It was a pretty old train and left ten minutes late for no discernible reason.  The ride quality was certainly enlivening as we hopped and bumped our way through northern Italy towards the Alps.  The scenery was worth the rickety ride though, especially when we passed alongside Lake Como. 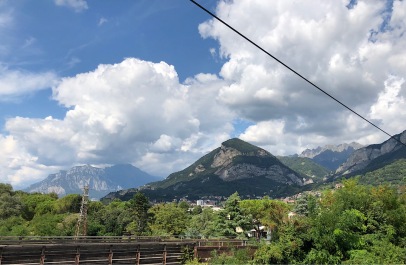 Two and a half hours after leaving Milan, I arrived in Tirano.  Some of the reading several may not have heard of Tirano.  Indeed neither had I until I found out about the Bernina Express scenic rail route through the Alps and my reason for spending a night in this little Italian town; the northbound route starts here.

I was interested to see what this little town was like – and I was pleasantly surprised.   It’s surrounded on both sides by mountains and my hotel room overlooked a small river underneath one of these.

I walked up the Main Street to the church of Santuario della Beate Virgine, had a quick look inside and watched one of the Bernina Line trains that I’d be getting tomorrow run through the streets and begin its climb up the mountain. 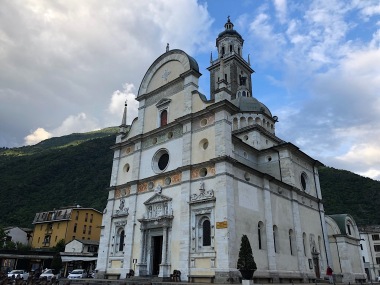 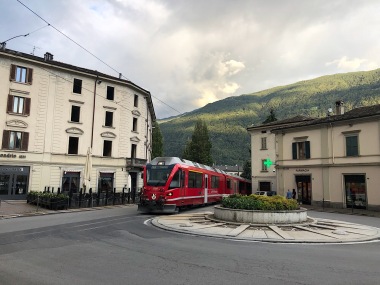 I was delighted to find that aperitivo culture is alive and well this close to the Swiss border.  Not only that, but it’s bloody cheap.  I got an Aperol Spritz, and a plate of cold meats and nibbles for €4.50.  Not only that but I got a free beer on the house as I was chatting to a friendly local at the bar, and they kept trying to give me more food .

This local spoke excellent English and gave me some useful tips for my train journey tomorrow – but unlike Florence far fewer people speak English, so as I enjoyed an evening having drinks at a few of the cafes, I had to rely on crude hand gestures. Everyone was very friendly though, not least the hotel manager who gave me free drinks and snacks when I got back.

A lovely quiet little town and an ideal starting point for my exciting railway journey in the morning.

One thought on “Day 10 – Florence to Tirano via Milan”