This journey was at the start of my 40th birthday trip around Europe, following one night in Amsterdam. There’s a few direct trains between these two wonderful cities every day, but they take around 6 hours so I decided to break my journey at Hannover for a couple of hours (at no extra cost).

The Amsterdam-Berlin train is formed with older but comfortable InterCity stock (cover photo), and my first class seat was in one of the old-fashioned compartments that you rarely see nowadays. It’s a fairly uninspiring journey, mainly through rural parts of Eastern Netherlands and Northern Germany and not particularly fast – but it’s very relaxing, not least if you take a trip to the restaurant car for lunch as I did.

I alighted at Hannover just as the sun came out. The station building is impressive, and it’s linked to the city centre by a partially covered shopping mall which was very well designed. Hannover looked an interesting place in the brief time I spent there – modern shops and amenities but plenty of historical buildings. I sat outside one of the many café’s and enjoyed a local beer before heading back to the station. 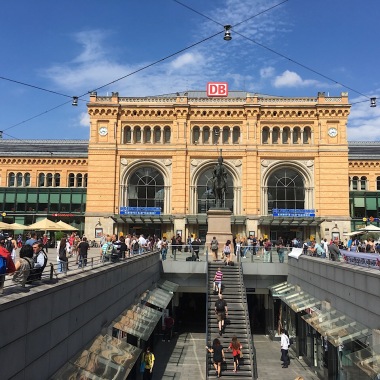 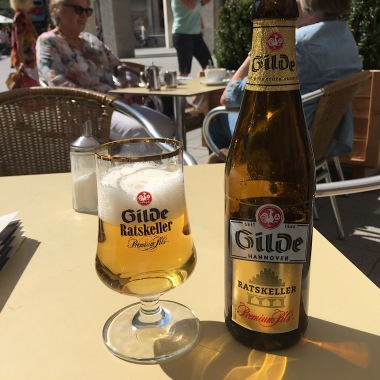 My onward journey to Berlin was on a German InterCity Express train (ICE) a lot newer and faster than the train from Amsterdam. An hour and a half later I arrived at the ultra-modern Berlin Hauptbahnhof (main station) – only opened in 2006, with tracks on two levels, a huge concourse and a large square outside.